DOMINO CENTERPIECE - THE ARCHITECTURE OF BEAUTY 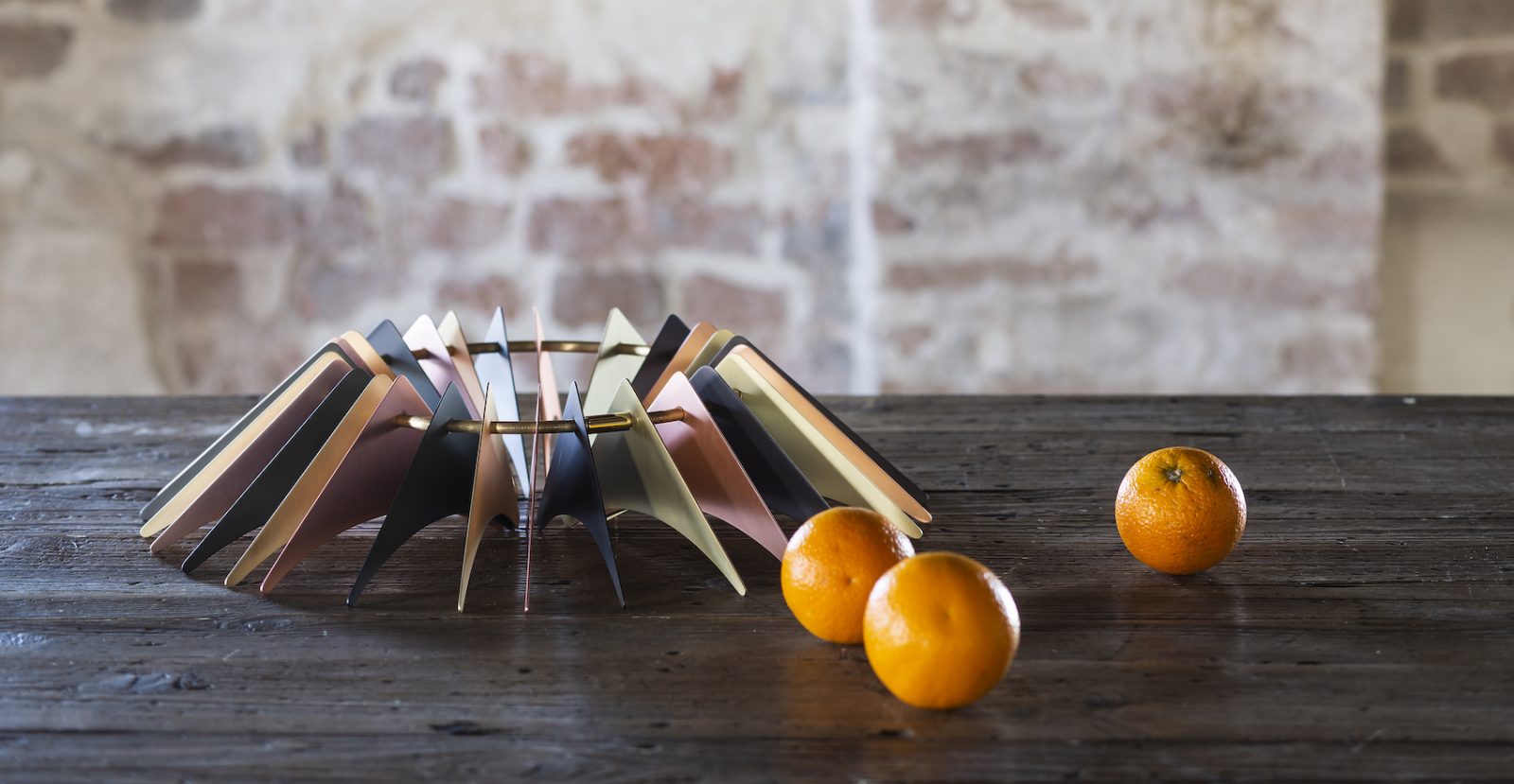 New centerpiece Domino. A simple ring and stretched sails, made rigid by their material: a precious metal. Then the reference to an ancient game. A breath of wind and …. the dance of a band of tiles starts which, cascading, comes alive, creating amazement and magic.

Furthermore… the memory of architectures with bold and majestic ribs, but also the contemporary engineering creativity of Santiago Calatrava or of the great and unforgettable Oscar Niemeyer.

This is what comes to the mind when observing DOMINO.

Just try imagining the soaring columns of the gothic aisle or, remaining in today’s world, the organic elegance of the high-speed station of Reggio Emilia or the Almeda bridge in Valencia, designed by Calatrava.

But even more the similarity is perceptible observing the cathedral of Brasilia by Oscar Niemeyer.

As singularity lies in making something mobile that needs to be static. The architecture is construction, structure and something destined to last over time….. witness of man’s making.

On a smaller scale this magic is repeated in the lastest Zanetto creation.

A very simple but versatile centerpiece, mobile and elegant.

The sails composing the structure have the beauty of colour of the metal passing from lunar silver, to the bronze, gold and red of the precious copper. This play of colors together with the light that makes the surface move defines an object that alone provides the environment that welcomes a distillate of perfection.

Paradoxically, it is not the function that draws its identity, a fruit bowl for example, but it is its architecture that pays homage, in miniature, to the work of man and his creativity.

The architecture narrates “civilization” and “culture”. Terms to which Zanetto is deeply tied because they represent the stratification of knowledge and their ability to renew themselves keeping the strands of memory intact. The beauty of making and leaving ‘trace’ lies precisely in creating objects capable of interpreting their contemporaneousness and, together, being beyond it. It is the evocative power of the image.

In this process of construction of the ‘beauty’ we define the space of awareness, of the intrinsic value of matter and the necessity of never wasting it.

And it is in the making that the “scrap” of other workings becomes in its turn matter to be modeled, to be transformed into a tangible idea. A form of thought that has always been a distinctive note of the works designed by Zanetto.

Your order will come with complimentary gift wrap in a signature Zanetto gift box.

All of Zanetto's Products are customizable, visit Customize Page for more info.

May we help you?

Designed by Golden Side

Manage Cookie consent
To provide the best experiences, we use technologies such as cookies to store and / or access device information. Consent to these technologies will allow us to process data such as browsing behavior or unique IDs on this site. Not consenting or withdrawing consent may adversely affect some features and functions.
Manage options Manage services Manage vendors Read more about these purposes
View preferences
{title} {title} {title}
Menu
Menu
Menu
Whatsapp Instagram Envelope